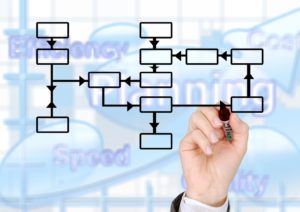 The Alert PhoneGate association relies for its actions of alert, information and preventions on the advice of researchers and scientists of international renown.

Devra Lee Davis, PhD MPH
Founder and President of Environmental Health Trust
She was Founding Director, Center for Environmental Oncology, University of Pittsburgh Cancer Institute, and Professor of Epidemiology at the Graduate School of Public Health (2004-2010).  She has also served as a Distinguished Visiting Professor at the London School of Hygiene (2002-03) and Tropical Medicine, and at the Yeshiva University, New York (1995-96), and as a Visiting Professor at Mt.Sinai School of Medicine (1983-2010), Oberlin College (2000-2001) and Carnegie Mellon University (1999-2004).Dr. Devra Davis founded non-profit Environmental Health Trust in 2007 in Teton County, Wyoming to provide basic research and education about environmental health hazards and promote constructive policies locally, nationally and internationally.

Annie J. Sasco,
MD (’78, U. Bordeaux), MPH (‘79, Harvard), SM Biostatistics and Epidemiology (’80, Harvard), DrPH (’86 Epidemiology, Biostatistics and Evaluation, Harvard). Having been a Teaching Fellow of Harvard University, she worked for 22 years at the International Agency for Research on Cancer (IARC) in Lyon, France, including 9 years as Group Leader and then Unit Chief of Epidemiology for Cancer Prevention and 2 years as Acting Chief of the Programme for Cancer Control of the World Health Organization (WHO). She later returned to the University of Bordeaux as a Director of Research in an Inserm (French NIH) unit.  She considers the role of a population health researcher should not stop at publishing results but should also translate these results to policy-making individuals and institutions, as well as to the public. When a risk exists and can be avoided, precaution and prevention are an absolute must.

Anthony B. Miller MD, FRCP, FRCP(C), FFPH, FACE
Physician-epidemiologist Dr. Anthony Miller is currently Professor Emeritus at the Dalla Lana School of Public Health, University of Toronto.  He has served as Director of the Epidemiology Unit of the National Cancer Institute of Canada, Chair of the Department of Preventive Medicine and Biostatistics, University of Toronto, Senior Epidemiologist, International Agency for Research on Cancer, and Head, Division of Cancer Epidemiology, German Cancer Research Centre, 2000-03; consultant to the Division of Cancer Prevention, U.S. National Cancer Institute and to the World Health Organization

Magda Havas
Magda Havas is Associate Professor at Trent School of the Environment and Centre for Health Studies at Trent University, where she teaches and does research on the biological effects of electromagnetic pollution and the beneficial effects of electrotherapies. Dr. Havas received her PhD at the University of Toronto and did postdoctoral research at Cornell before returning to Canada.  She works with diabetics, people with multiple sclerosis, tinnitus, chronic fatigue, fibromyalgia and those who are electrically hypersensitive. Her latest research links microwave radiation from wireless phones to heart irregularities including arrhythmia and tachycardia.  Dr. Havas serves (served) as a science advisor to various government and non-government organizations in Canada, U.S., U.K., Australia, South Africa, Netherlands, Brussels, Italy, and Nepal.
Dr. Havas has provided expert testimony in both Canada and the U.S. on the health effect of power lines, occupational magnetic field exposure and radio frequency radiation.  She is co-author of Public Health SOS:  The Shadow Side of the Wireless Revolution and has edited 3 books and authored more than 150 publications.  Dr. Havas is internationally recognized, both for her previous work on acid rain and metal pollution and for her current research working with people who have developed electrohypersenstivity (EHS).

Om P. Gandhi, Sc.D. is Professor of Electrical Engineering at the University of Utah, Salt Lake City.  He is the author or co-author of several book chapters, and over 200 journal articles on electromagnetic dosimetry, microwave tubes, and solid-state devices.  He also edited the book, Biological Effects and Medical Applications of Electromagnetic Energy(Prentice-Hall, 1990), and coedited the book Electromagnetic Biointeraction (Plenum Press, 1989).
Dr. Gandhi was elected a Fellow of the IEEE in 1979, a Life Fellow of the IEEE in 1999, and a Fellow of the American Institute for Medical and Biological Engineering in 1997.  He has been Chairman of the Department of Electrical Engineering, University of Utah (1992-1999), President of the Bioelectromagnetics Society (1992-1993), Cochairman of IEEE SCC 28.IV Subcommittee on the RF Safety Standards (1988-1997), and Chairman of the IEEE Committee on Man and Radiation (COMAR) 1980-1982.  He received the d’Arsonval Medal of the Bioelectromagnetics Society for pioneering contributions to the field of bioelectromagnetics in 1995, the Microwave Pioneer Award of the IEEE Microwave Theory and Techniques Society in 2001, and the State of Utah Governor’s Medal for Science and Technology in 2002.

Pri Bandara
Dr. Priyanka (Pri) Bandara is a former academic clinical and basic researcher at leading Australian institutions (Westmead and Royal Prince Alfred Hospitals as well as the School of Medicine, University of Sydney and the University of New South Wales).  Her academic research was in the areas of hepatology, biochemistry and molecular genetics and molecular pharmacology.  She also served as a senior manager in the NSW health system coordinating a dynamic research team and a clinical team at the Westmead Children’s Hospital (Neurogenetics Research Unit and the Institute for Neuroscience & Muscular Research).  Pri chose to become a stay-at-home Mum ending her relatively short academic career in 2008 and subsequently became involved in environment health realising the greater need to focus on prevention of chronic diseases rather than intervention.  She operates as an independent researcher and educator based in Sydney.
Pri studied genetic regulation of cellular oxidative stress responses for her doctoral studies at UNSW in the late 1990s and has continued to pursue her interest in oxidative stress – pathologically involved in almost every chronic disease.  Investigating cytotoxic effects of various environmental pollutants via complex cellular pathways, she furthers the understanding of the health impact of our changing world.  She has a particular interest in the biological/health effects of currently permitted so-called “low levels” of microwave radiofrequency electromagnetic radiation (RF-EMR) widely used for mobile and wireless communication and surveillance technologies without adequate safety testing.

Prof. Olle Johansonn
Associate professor at the Karolinska Institute (retired Nov 2017, still active), Department of Neuroscience, and head of The Experimental Dermatology Unit, has a long background in the neurosciences. Johanssonn is a world-leading authority in the field of EMF radiation and health effects. Among many achievements he coined the term ”screen dermatitis” which later on was developed into the functional impairment electrohypersensitivity which recognition mainly is due to his work. He has also been a guest professor as well as adjunct professor in basic and clinical neuroscience at the Royal Institute of Technology, Stockholm. Read all his CV

Prof. Dr. Nik van Larebeke
Graduated as medical doctor at Ghent University in 1972. Worked with Marc Van Montagu and Jef Schell on the induction of tumours in plants. PhD (1977): “Identification and study of an extrachromosomal genetic element responsible for the tumour-inducing capacity of Agrobacterium tumefaciens. A contribution to the study of the tumoural transformation of the cell.” Founded in december 1978 the” Laboratory for Detection of Mutagens and Carcinogens” of the Pasteur Institute in Brussels.
Worked from 1984 to 1994 in the Laboratory for Experimental Cancerology of Ghent University on the role of cell movements in the malignant behaviour of cancer cells. Former Director of the Study Centre “Carcinogenesis and Primary Prevention of Cancer” of the Medical Faculty of Ghent University.  Co-promotor of the Flemish pilot biomonitoring campaign in 1999. Co-promotor and Spokesperson of the Flemish Centre for Environment and Health until retirement in 2012. Former chairman of the Commission for Health and Environment of the Flemish Health Council. Member of the Board of the Flemish Institute for Technology Assessment during 10 years.  At present member of the College of the Belgian Superior Health Council and of the Belgian Scientific Reach Committee.

Alvaro Augusto Almeida de Salles BSc, MSc, PhD
Alvaro Augusto A. de Salles earned a BSc in Electrical Engineering from Escola de Engenharia, Universidade Federal do Rio Grande do Sul- UFRGS, Porto Alegre, Brazil in 1968, an MSc in Electrical Engineering from Pontificia Universidade Católica do Rio de Janeiro- PUC/RJ, Rio de Janeiro in 1970, and a PhD in Electrical Engineering from the University of London, London, 1978-1982. He was an Associate Professor at the PUC/RJ from 1970-1991. Since 1991 to the present, he has been a Professor at UFRGS. His main research interests are microwave semiconductor devices, optoelectronic devices, mobile communications, antennas, and biological effects of non-ionizing radiation. Dr de Salles has published more than eighty papers in international conferences and magazines.

Andrea Vormoli
Since 2016 he work at the Cesare Maltoni Cancer Research Center of the Ramazzini Institute of Bologna as a postdoctoral researcher on in vivo environmental carcinogenesis with Dr. Fiorella Belpoggi. He graduated in Biological Sciences (master degree) in 2010 at the University of Pisa. After some months of post-graduate training at the immunohematology department of the Pisa Hospital, starting from 2012 I spent 4 years as a PhD student at the Department of Clinical Physiology of the National Research Council of Pisa where he worked and gained experience in experimental biochemistry, molecular biology and toxicology applied to the field of in vivo nutraceutical research. In 2016 he obtained PhD in Pharmacological and Toxicological Sciences at the University of Bologna. Between 2017 and 2018 he spent 6 months as a postdoctoral research fellow at the Nation Institute of Environmental Health Science in North Carolina, USA. He is the author of several scientific articles published on international scientific journals.

David O. Carpenter
He is a public health physician whose current position is Director of the Institute for Health and the Environment at the University at Albany, as well as Professor of Environmental Health Sciences within the School of Public Health at the University at Albany.  After receiving his MD degree from Harvard Medical School he chose a career of research and public health.  After research positions at the National Institute of Mental Health and the Armed Forces Radiobiology Research Institute, he came to Albany in 1980 as the Director of the Wadsworth Center for Laboratories and Research of the New York State Department of Health, the third largest public health laboratory in the US after NIH and CDC.  In an effort to build ties to an academic program, he initiated efforts to create a partnership between the New York State Department of Health and the University at Albany, resulting in the creation of the School of Public Health in 1985.  He was then appointed as the founding Dean of the School of Public Health, a position he held until 1998 when he became the Director of the Institute of Health and the Environment.
Dr. Carpenter’s research initially was basic neurobiology, and more recently has primarily been the study of human disease resulting from exposure to environmental contaminants.  He has focused on the relationship between exposures to a variety of chemicals and ionizing radiation on incidence of several human diseases, including diabetes, hypertension, heart disease and diseases of the nervous system.  He has extensive international scientific collaborations in Japan, China, Uganda, Pakistan, Turkey and Russia.  The Institute which he directs is a Collaborating Center of the World Health Organization.  He has more than 430 peer reviewed publications and has edited five books.