End of the obligation of smartphone manufacturers to provide a hands-free kit: an irresponsible decision! 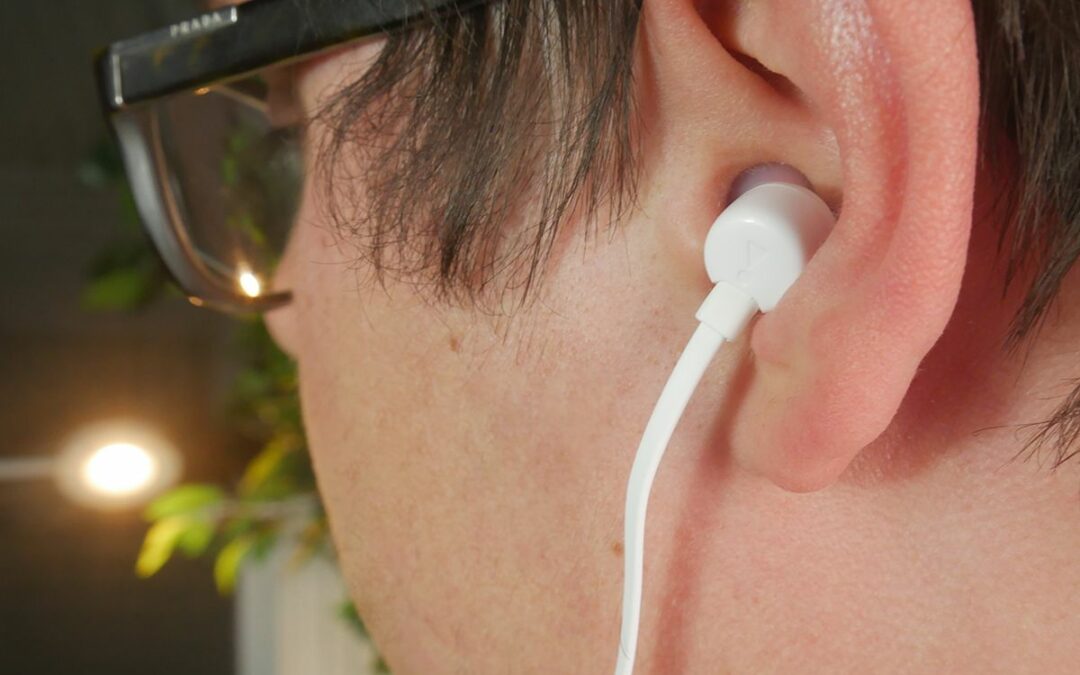 The bill of the LR senator, Patrick Chaize was adopted on Tuesday, November 2, 2021 by the French Parliament. It lifts the obligation of manufacturers to provide with their cell phones the means of protection in order to reduce exposure of the users’ head.

In 2010, the Grenelle II law had established a broader obligation for the protection of the health of consumers and not just specific to the hands-free kit:

“Radioelectric terminals intended to be connected to a network open to the public for the provision of telephony service may not be marketed without an accessory to limit the exposure of the head to radioelectric emissions during communications.”

In reformulating this text, the parliamentarians have gone much further. They have put an end to every form of protection provided in an obligatory way by the manufacturer when marketing cell phones in order to protect exposure of the head.

According to an interview with Patrick Chaize published on the Frandroid website, he justifies this proposal integrated into the bill “Reducing the environmental footprint of digital technology in France” :

“Wired headsets, which are systematically supplied with smartphones, are a major source of waste…”.

And the senator added regarding the health aspects that justified this obligation:

“In any case, nothing indicates that the free provision of headsets protects these intensive users more widely from identified health risks.”

We have no doubt that this elected official of the Republic is exploiting the environmental cause to the detriment of health.

Fourfold increase in the most serious brain cancers

According to Santé Publique France, between 1990 and 2018, the most serious brain cancers (glioblastomas) have increased fourfold. In concluding its analysis, the health agency considers :

“…The latest epidemiological studies and animal experiments would support the carcinogenic role of electromagnetic field exposures [15].”

A campaign by the Ministry of Ecological Transition has just been launched on November 3, 2021, encouraging “the use of headsets (wired or wireless) to “reduce exposure to waves.”

Indeed, this announcement is in total contradiction to the information campaign of the Ministry of Ecological Transition to reduce exposure to waves emitted by our cell phones.  Called “Let’s adopt a responsible and reasonable use of our smartphones”, here is one of the 6 gestures to implement:

“The use of headsets (wired or wireless) or speakerphone allows keeping the phone at a distance from the body, and thus reduces exposure to waves;”

A justified position that goes totally against the adoption of the end of the obligation of wired headsets in France.

A campaign that has since disappeared from the governmental website

Simple technical problem or withdrawal of the campaign, we note that the page dedicated to the campaign is no longer accessible… Why? 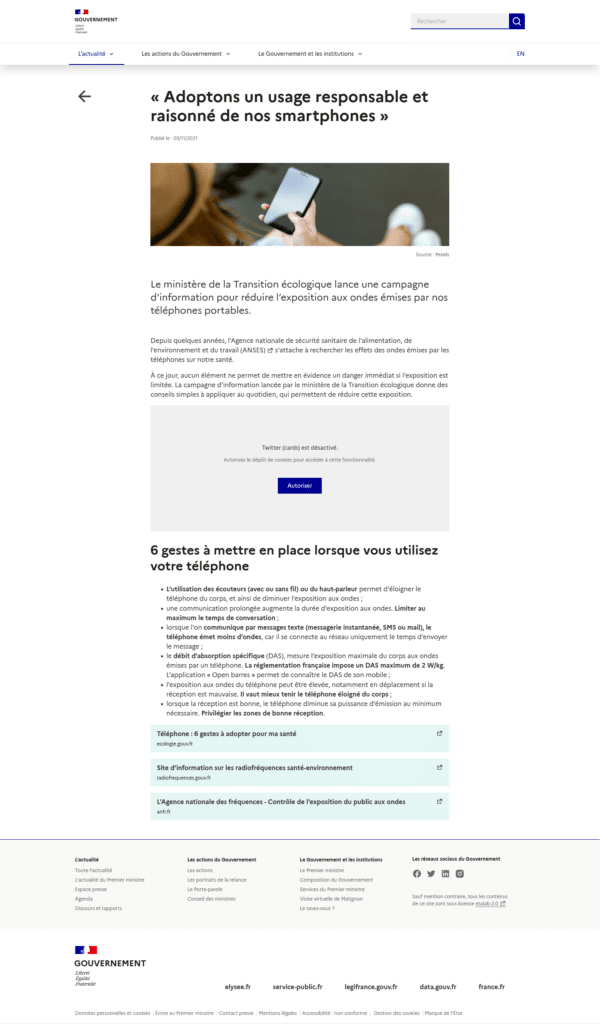 Don’t keep your smartphone in contact with your body!

We also note with interest this advance with the explicit and new recommendation of the public authorities, namely:

“It is better to keep the phone away from the body;”

We welcome this development. However, like the California Department of Public Health (2017), we consider that it is necessary to avoid as much as possible exposure to waves, including in areas of good reception, keeping one’s smartphone in a pants pocket or making a phone call.

For our President, Dr. Marc Arazi who revealed the Phonegate health and industrial scandal:

“The end of this regulatory obligation is a new gift for smartphone manufacturers. The victims of waves and consumers are violated. We are indignant, in the middle of COP 26, to see the environmental cause being exploited. We count on the Government to put an end to this irresponsible decision.”