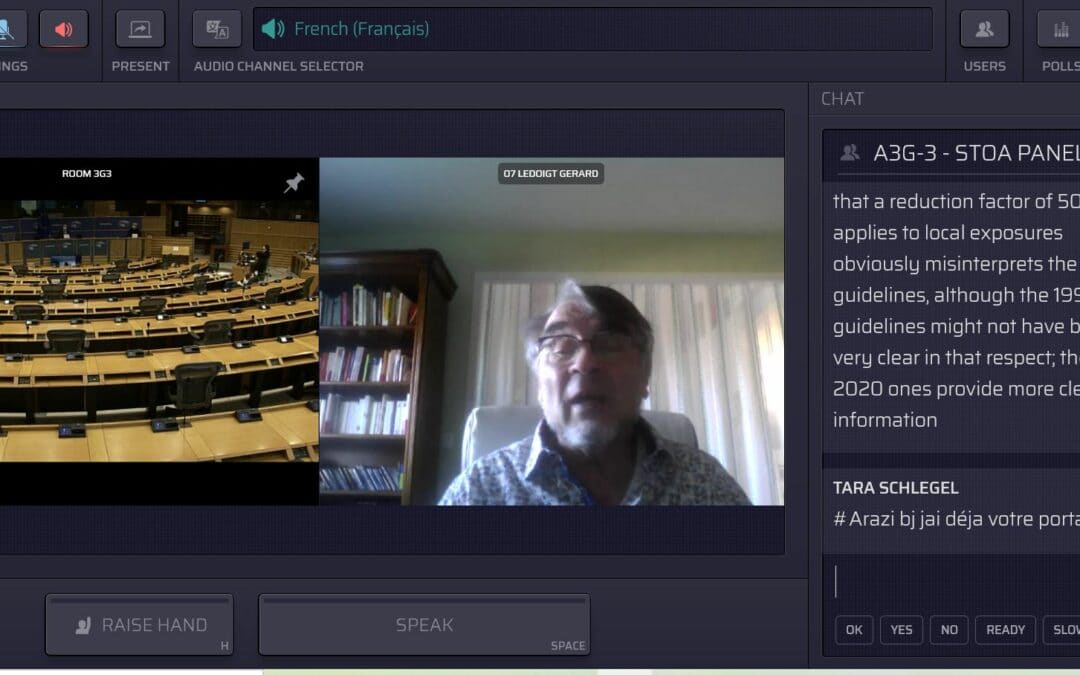 For more than twenty years, governments, the European Commission, national agencies, international scientists and in turn, major media, have knowingly misled billions of cell phone users about the health risks associated with a pseudo safety factor of 50 surrounding the measurement of local specific absorption rates (SARs) (head, trunk and limbs).

This is why almost all international authorities have suggested that the thermal effects of the waves measured during the SAR controls were subject, according to the recommendations of ICNIRP, to a factor of protection of the health of the population of 50. This falsely suggested that SAR levels as high as 100 W/kg could be achieved, i.e. the regulatory level of 2W/kg multiplied by 50. This is a real godsend for all manufacturers whose cell phones are well above the regulatory limit of 2W/kg.

For the past four years, we have been constantly denouncing this deception in the analysis of standards, as was the case in this article on the Le Lanceur website dated June 2018, entitled “Serial recalls of dangerous cell phones”.

But then what are the real risks? “When the SARs of the phones tested show values below the limits, we are free of the effects on health considered proven by ICNIRP [International Commission on Non-Ionizing Radiation Protection]. For the general public, the safety factor applied by ICNIRP is 50, so the first effects considered by ICNIRP should not be observed at 2 W/kg but rather at 100 W/kg for an “average” representing the general population. Beyond these well-known effects, the question is whether other effects could be observed at lower exposure levels”, explains Olivier Merckel.

The truth about this global deception was revealed during the webinar on 5G, organized by French Euro MP Michèle Rivasi on December 7, 2020, at the European Parliament. It was on this occasion that the Vice-President of ICNIRP, Eric Van Rongen, confirmed in a written chat exchange regarding the questions asked by Dr. Marc Arazi:

“@Marc Arazi : Anyone who states that a reduction factor of 50 applies to local exposures obviously misinterprets the guidelines, although the 1998 guidelines might not have been very clear in that respect the 2020 ones provide more clear information.” 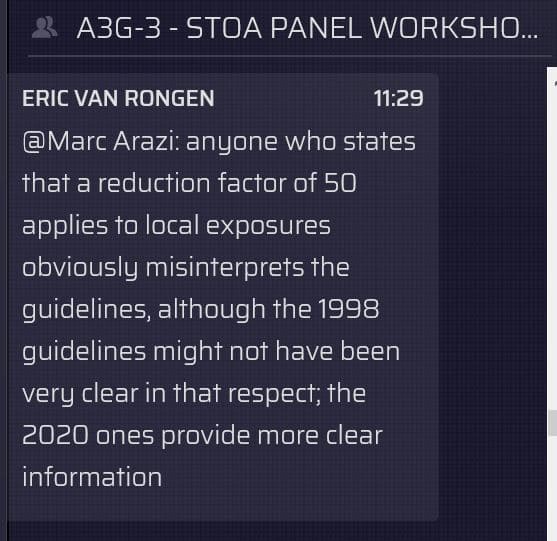 @Marc Arazi: the factor of 50 refers to whole body exposures.

There, at last, everything is clearly stated by a representative of ICNIRP at an official and public working conference at the European authority. This was also confirmed to us recently during a “Radiofrequencies and Health” dialogue committee, by Olivier Merckel, head of the new technology evaluation unit at ANSES, in response to a formal request from our president following his statements in the media.

And as you will see, in July 2020, the French National Frequency Agency (ANFR) also had no hesitation in adopting these elements of language used by the industry to explain to the public, on its official website, what the SAR is and falsely reassure them about the possible associated health risks.

[Highlighted text from “What are the limit values for SAR?”:  “On this point, a safety factor of 50 has been used to set the SAR limits.”]

Surprisingly, the mention of the protection factor of 50 disappeared today from the ANFR site… Has the agency, acting in its control function, finally realized the seriousness of such positions?

For Dr. Marc Arazi, who has just published “Phonegate” at Massot Editions to, among other things, denounce this lie of the State:

“This is a new step forward in our action to achieve greater transparency in the health and industrial scandal  of “Phonegate”. We are counting on the seriousness and sense of responsibility of journalists to update the numerous articles and reports that mention this false safety factor of 50 concerning the local SAR.”