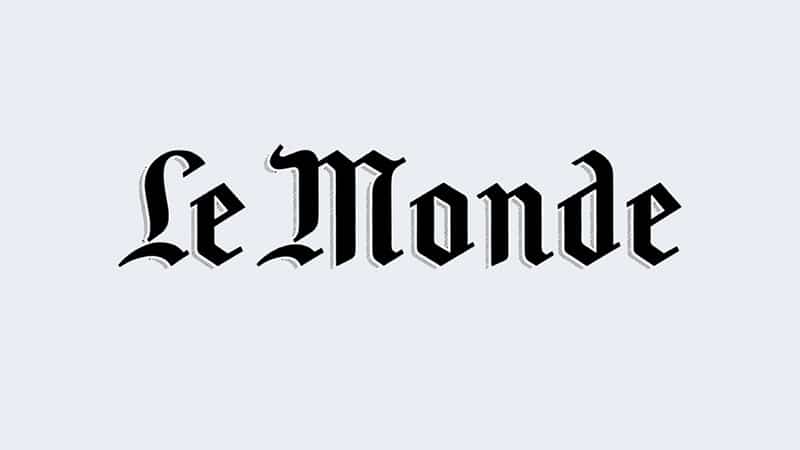 Yesterday, 31 May 2018, the internet site of the newspaper Le Monde published an article entitled « Ondes magnétiques : quatre smartphones épinglés ».  This article written by the journalist Nicolas Six raises the issue of editorial independence when it comes to subjects relating to the mobile telephony industry.

For the record, the title had been purchased in 2010 by businessmen Xavier Niel (Iliad/Free Telecommunications Group), Matthieu Pigasse (CEO of Lazard Bank France) and Pierre Bergé. Since Pierre Bergé’s death in 2017, Mr. Niel and Mr. Pigasse have held 72.5% of the capital of the Le Monde group.

In the first version of the article published at 3.45 p.m., Le Monde writes: “These exceedances do not signal a divergence on the part of manufacturers, but rather the tightening of SAR[1] (specific absorption rate) measurements” under the explicit heading “No worsening of the problem.”

This has the merit of clarity and, to support this implacable assertion, Le Monde is embarking on an attempt to adopt all the wording of the manufacturers in the sector, assisted with complacency by Mr Gilles Brégant, Director General of the National Frequencies Agency (ANFR).

In fourteen lines, Le Monde manages to make one factual error per line. We wonder who took the care to verify the elements from its sources… Indeed :

1. Le Monde indicates a measuring distance of the manufacturers “at a range between 0 and 25 mm”. In fact, this distance was from 15 to 25 mm up until June 2016.  It is precisely this distance which has allowed the manufacturers to overexpose hundreds of millions of users for over 20 years, endangering their health and safety.
2. The European Commission effectively launched a warning in April 2016 and not in “2017”.  Above all, it never “set a distance of 5 mm”.  For the SAR “limbs” it imposes a measurement at 0 mm from the skin and for the SAR “trunk” a measurement at a few millimeters from the skin.  This is one of the points we have been fighting since its entry into force.
3. The article climaxes with, “the threshold of 2W/kg was set taking into account a large safety margin”… “this figure being fifty times lower than the threshold observed by the researchers.” Yes, but that is totally false, the journalist having confused two SARs which have nothing to do with one another, the whole body SAR, and the SAR at contact.  To support this affirmation, it cites a report from the Consumer Safety Commission, published in 2008 and not, as written, in “2017”, and which the journalist has simply misinterpreted.

Reading this article, Dr. Marc Arazi, President of Phonegate Alert, reached the journalist by phone to share with him all of his remarks.  After various exchanges by phone and SMS, the journalist, not convinced by these arguments, told Dr. Arazi without batting an eyelid: “the article was read again by Gilles Brégant”.  Astonished, to say the least, Dr. Arazi made him repeat the words. Confirmation of the interested party, sure of his facts.

There followed new SMS exchanges.  Faced with the evidence, the journalist of Le Monde wrote an SMS to Dr Arazi at 7.06 p.m.:  “I have cut out the problematic passage.  It will be updated by the correctors within the hour. And I contacted Pierre Le Hir.”

At 8.11 p.m., a new version was on line on the site of Le Monde.  The passage had indeed been removed but the general sense of the article remains the same, and does not make any mention of the exchanges with our president which prompted the update of the article.

But are we satisfied? Absolutely not when we discover that a leading newspaper like Le Monde can in this way destroy the international work of alerting and protecting public health carried out over the past two years against one of the most powerful lobbies on the planet.

On 23 December 2016, Pierre Le Hir, scientific journalist of Le Monde, had published a reference article on the subject entitled: “Soupçons sur les ondes des téléphones portables”. He was the first to use the term “Phonegate”, which has since become the reference for this new industrial and health scandal. Yes, but Pierre Le Hir, with whom we have been in regular contact since then, has not written a line in seventeen months.

As you can see from these facts, the readers of Le Monde seem to be reduced to the choice today, of no longer being informed or to be misinformed.  It is a sad reality that we all suffer the consequences which are potentially dramatic when they also directly affect the health of millions of mobile phone users.

We see in what is happening a big blow cutting deep into the confidence of its readers. Attention, we know that there are many great journalists in the world who do quality work to inform and enlighten us on the state of society. But the question we ask publicly:  Is Le Monde still independent enough to speak about the public health issues related to Phonegate?