Phonegate Scandal: Meeting on 7 January at the French Ministry of Economy and Finance 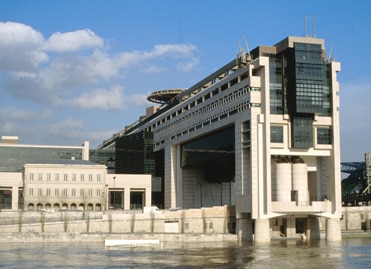 On November 8, 2019 the magazine Marianne published on its website our open letter to Ministers Agnès Buzyn, Elisabeth Borne and Bruno Le Maire signed with six other associations working for the protection of public health. Then, without any return from the ministers, the signatory associations including Alerte Phonegate wrote collectively on 26 November 2019 to ask to be received urgently and in any case before the planned meeting with the mobile phone manufacturers (date still not made public).

To date, only the Ministry of Economy and Finance has replied. We will be received on January 7, 2020, by a technical advisor attached to the Cabinet of Mrs. Agnès PANNIER-RUNACHER, Secretary of State to the Minister of the Economy and Finance, in the presence of a representative of the Directorate General for Enterprises (DGE) and the Directorate General for Competition, Consumer Affairs and Fraud Control (DGCCRF).

“This is a first step forward. However, we still do not understand the current inertia of the Ministries of Health and Ecological Transition, which have still not responded to our request for consultation. Indeed, we are first and foremost faced with health and environmental issues that depend directly on their ministries. Following this meeting, we will not fail to make a collective point during a Facebook live video.”

Previous articles on the same subject:

[Open letter] Protection of the health of users overexposed to mobile phone waves: the appeal from our associations to the government!

French ministerial announcements: an important step in our actions to protect the health of mobile phone users