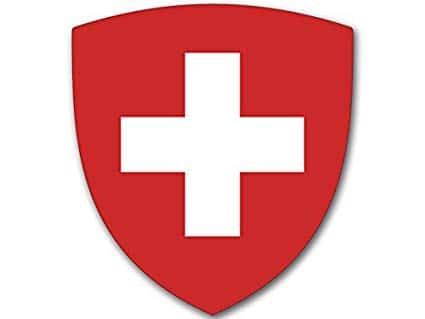 For the past year, many Swiss deputies have been asking the Federal Council for information and explanations regarding the Phonegate industrial and health scandal. Most recently, on 20 March 2019, National Councilor Silva Semadeni (Socialist group) and 26 other deputies* tabled another interpellation, 193180:

“…smartphones are often worn close to the body, in the pants pocket, or directly glued to the ear during a call. In 2018, in France, it was made public that many models of mobile phones sold exceeded the specific absorption rate (SAR) values declared by the manufacturer. For years, users have been deceived…”

An article that makes waves

The interpellation mentions the article published on 13 February 2019 by the popular Swiss consumer magazine “Beobachter”, written by Editor-in-Chief Andres Büchi, reporting on the Phonegate scandal, “Mobile phone users have been deliberately misled. For years, mobile phone manufacturers have reported values that are too low. Critics talk of a scandal.”

In the interpellation, the Federal Council was asked when it was informed of these inadequate limit values ​​and what steps have been taken to properly inform users.  It also placed this issue within the context of 5G, citing the research work of Professor Niels Kuster of the Federal Institute of Technology in Zurich, showing that industry standards for limit values ​​do not protect against sustained and damaging heating of body tissues. Prof. Kuster recommended urgent adjustments to these limit values, especially for 5G.

Phonegate is linked to the use of flawed and lax national and international standards by manufacturers of the sector. Can we have confidence in an industry that wants to develop 5G technologies inside mobile phones?

Already on 14 June 2018, National Councilor Silva Semadeni and 21 other deputies tabled an interpellation in the National Council of the Swiss Parliament,18.3622: “Radiation-emitting devices close to the head and body”, mentioning Phonegate:

“A French study (Phonegate scandal) revealed that the specific absorption rates (SAR) of most mobile phones were respected in optimized laboratory measurements, but not during daily use near the body.”

The Swiss Federal Council issued its first opinion on 29 August 2018, concluding with the following words:

“…the Federal Council would appreciate it if the industry could voluntarily indicate the radiation (SAR values) emitted by products worn close to the body, as was the case for mobile phones. This would give consumers the opportunity to purchase low radiation-emitting equipment.

For the moment the interpellation has been deferred.

Strong mobilization to protect the health of mobile phone users

In Switzerland, the concern of citizens, doctors, politicians, regarding the potential effects of 5G technology on human health and the environment has generated strong opposition: lectures, petitions, demonstrations, letters to deputies in Parliament and at local level, favorable coverage by the mainstream media.  The Green parties in five cantons in French-speaking Switzerland have requested their communes to declare a moratorium or apply the precautionary principle regarding the launch of 5G.

« These initiatives of the Swiss parliament as well as the many stakeholders show in an encouraging way how concerned citizens are to have the best protection for their health and in particular, for children, in the multiday use of mobile phones.  It is time for industry to understand this and for governments to take action to seriously regulate this sector.”