[Press release] According to a study by Credoc, the French are increasingly concerned about the danger of cell phone waves 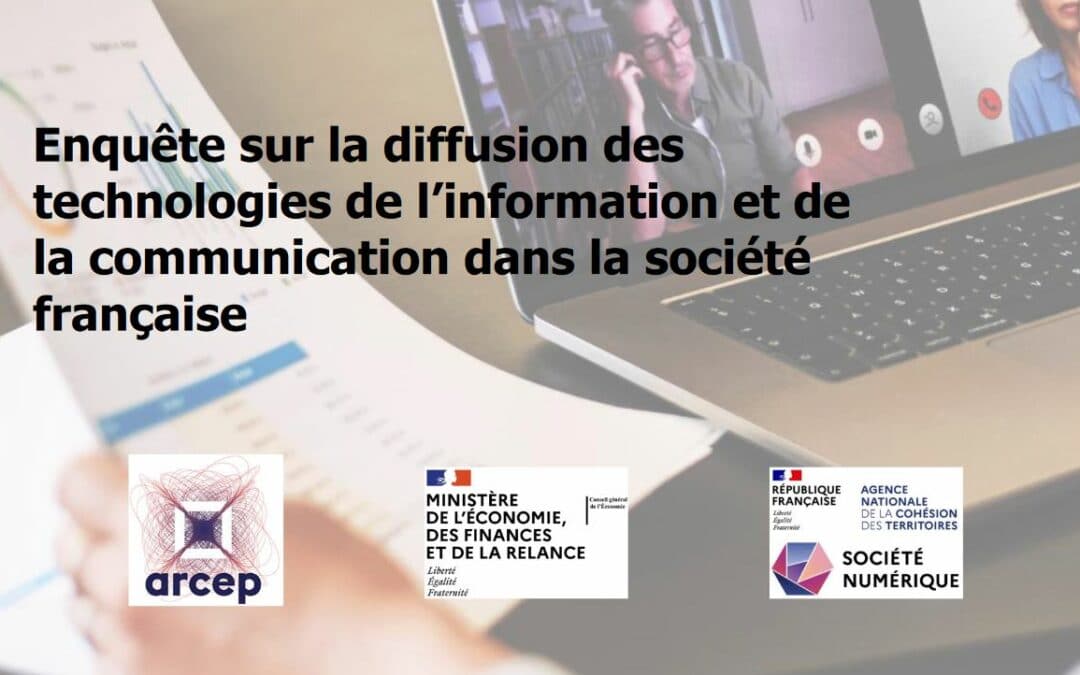 Credoc published in July 2021 its “Digital Barometer”. This document is the report analyzing the results of questions inserted by the Authority for the Regulation of Electronic Communications, Posts and Press Distribution (ARCEP), the General Economic Council (CGE) and the National Agency for Territorial Cohesion (ANCT) in a dedicated survey, conducted among 4,000 people aged 12 and over residing in metropolitan France.

Cell phone waves “rather unsafe” for a majority of French people

As shown in the graph below, a majority of respondents are wary of the waves present in their daily lives. Here is the essence of the analysis made by the Credoc investigators: 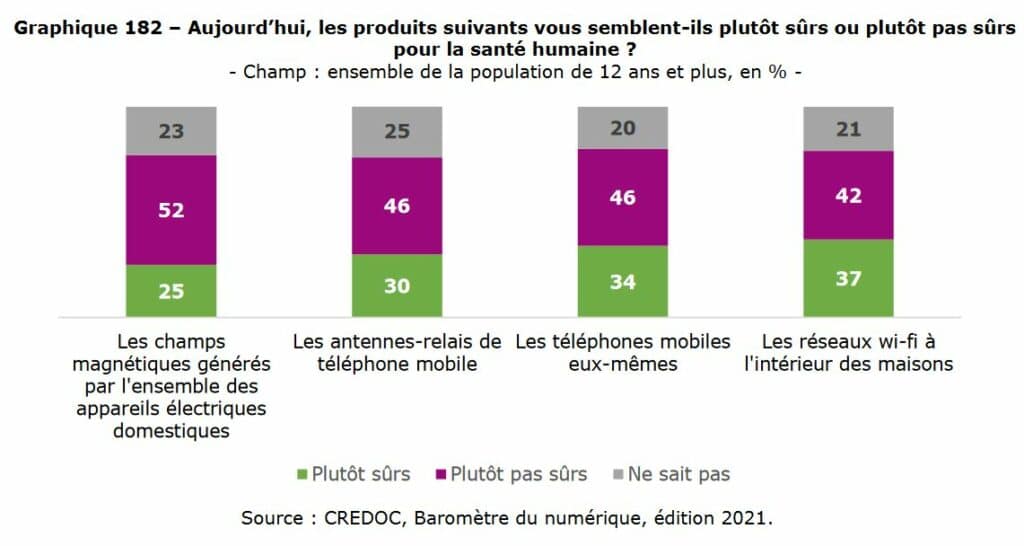 The French are more worried about waves than about chemical products

Furthermore, compared to other products and environments in daily life, telecommunications and new technology products are at the bottom of the hierarchy of the safest products and environments (Figure 184). Thus, 74% distrust cell phones and cell phone antennas, compared to only 29% of the French who distrust processed foods and 35% who distrust tap water. And only 17% consider them as safe and 3% as very safe. Particularly bad figures that are only slightly surpassed by insecticides and nanomaterials…. 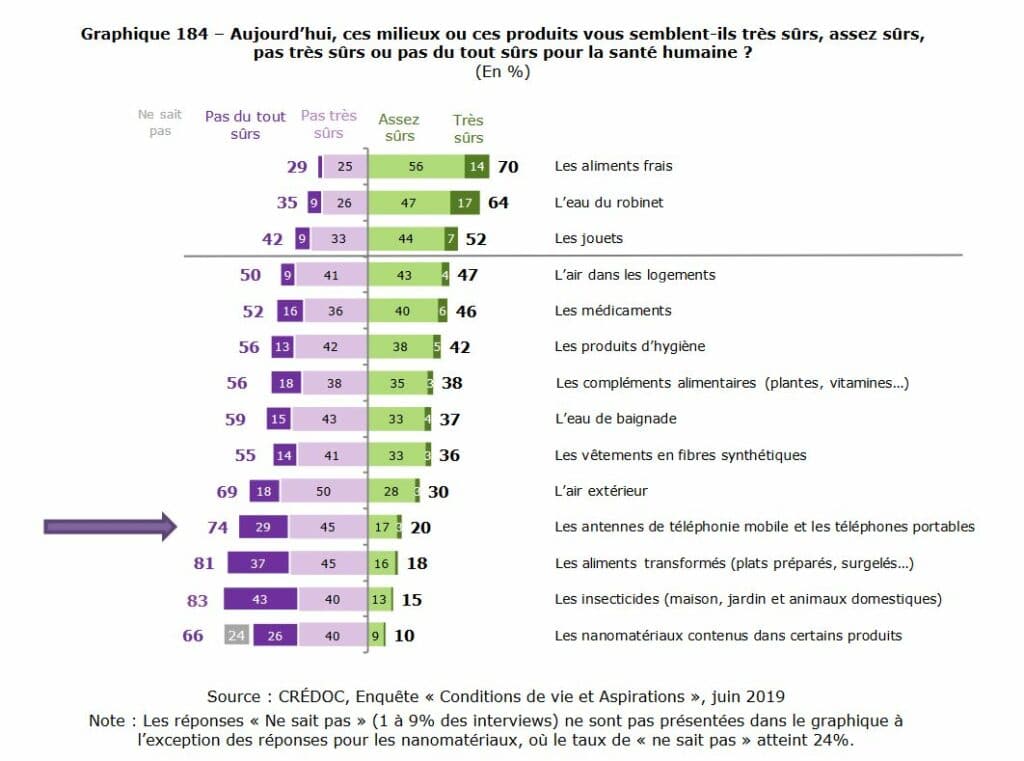 The impression of safety is improving for three of them. The most marked progression concerns cell phones themselves. In 2020, 34% of French people believe that cell phones are fairly safe from a health standpoint, compared with 24% in 2014, an increase of 10 points. The feeling that cell phone relay antennas are fairly safe installations is also increasing in almost identical proportions: an increase of 9 points (from 21% to 30%). In 2020, Wi-Fi networks are the product considered the safest. 37% of French people believe that they do not represent any danger to health danger to health, compared to 29% in 2014 (+8 points). 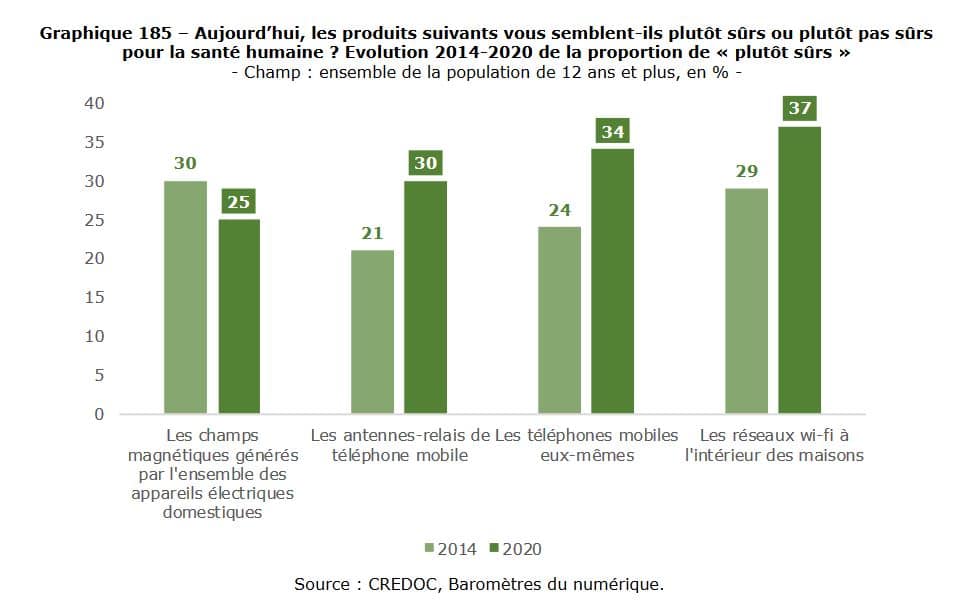 While magnetic fields generated by all domestic electronic devices were considered the safest area in 2014, they now close the gap. Indeed, for this area in particular, we see a shift towards more mistrust, in contrast to what is happening for other products. The French say they are less reassured about the health impact of domestic magnetic fields in 2020 than they were six years ago. 25% of our fellow citizens now believe that this is a fairly safe area, compared to 30% in 2014 (a drop of -5 points).

It is men, higher education graduates, the upper middle classes, executives and to a lesser extent high-income earners who are more inclined to consider these four products as safe.

The French protect themselves more from the effects of waves 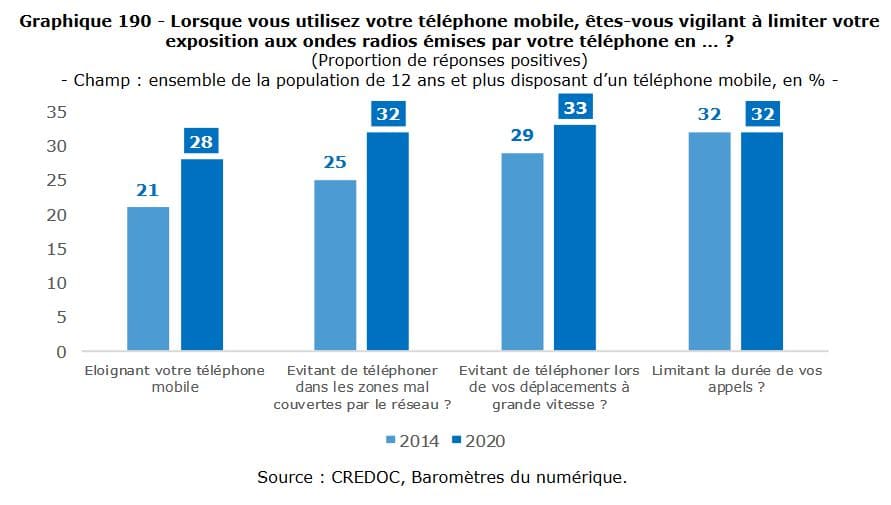 In total, 49% of cell phone owners adopt at least one of the four precautionary measures tested to limit exposure to radio waves. Compared to 2014, this proportion is slightly down (- 3 points). However, this result needs to be qualified. In 2020, 22% of cell phone owners adopted three or four of the precautionary measures cited, compared to 17% in 2014. (+ 5 points).

For Dr. Marc Arazi, president of Alerte Phonegate at the origin of the revelations of the scandal:

“This study by Credoc shows to what extent the French have become aware of the health risks associated with mobile telephony and are not satisfied with the falsely reassuring information of public authorities about the dangers of radio frequency waves. We are pleased to see that our alert work as well as those of many French and international organizations have prompted more and more users to change their practices. We see this as an encouraging sign in our fight for public health!”