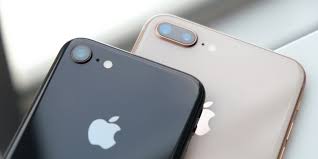 According to the legal news site, Law360, in the American chapter of Phonegate:

“US District Judge William Alsup ordered Apple on Thursday July16, 2020 to deliver its correspondence with the Federal Communications Commission (FCC) to consumers who claim that iPhones emit dangerous levels of radiation“.

Following the publication of the Chicago Tribune’s investigation in August 2019 revealing the results of testing of popular mobile phones conducted at an FCC-accredited laboratory, a first class action was filed on August 23, 2019 against Apple and Samsung in the U.S. District Court for the Northern District of California in San Jose. It comprises 11 plaintiffs who allege that certain iPhone and Samsung models emit more radiation than is permitted by regulation (Case No. 5:19-cv-05322).

This article on the investigation carried out by Pulitzer Prize-winning journalist Sam Roe followed his numerous exchanges with Dr. Marc Arazi who revealed, in July 2016, the Phonegate scandal. The Phonegate Alert NGO that he co-founded in 2018 is at the origin of several other criminal and collective actions in France against the manufacturers Xiaomi and HMD GLOBAL OY (Nokia).

The plaintiffs’ lawyer, attorney Meeder of the law firm Fegan Scott, had also pointed out to the judge that, in addition to its communications with the FCC, Apple should also have produced, at the time of disclosure, its correspondence with the CDC and with the French authorities concerning the tests carried out on iPhones in France by the National Frequencies Agency (ANFR).

For her part, Apple brand attorney Sarchio acknowledged that Apple had not turned over its communications and exchanges of information with the FCC, but said consumers do not need information about how Apple or the FCC tested iPhones because “all that is preempted“. As reported on the Law360 website, which reproduces the Judge’s comments on this refusal:

“Why would it be disruptive for the public to know what statements and representations Apple itself made to the FCC? Are you afraid that the public would be horrified to see these statements?” the Judge asked Apple’s lawyer. “I don’t understand why you’re hiding them.“

Apple’s lawyer then told the Judge:

“The FCC used a wide margin of safety when it established the Specific Absorption Rate (SAR) limit at a level of 1.6 watts per kilogram of human tissue. That rate is 50 times below the level at which adverse effects were detected in laboratory animal tissue. “

For Dr. Arazi, who is closely following the progress of this lawsuit:

“It is completely inaccurate and misleading. This safety margin of 50 applies only to whole-body SARs and not to local SARs, which are the only ones involved in laboratory testing. Manufacturers and Apple first must stop misleading consumers. Over the past two years, in France, we have already obtained the withdrawal and updating of 23 different models. »