[Testimony] “Electro(hyper)sensitivity? I don’t like these words at all. Why?” 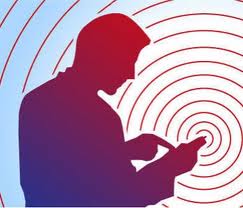 We are publishing this testimony from a person who asked to remain anonymous. With his words, he tells us with strength and courage how he feels about his illness. And also why we should not or no longer talk about electro hypersensitivity but rather about overexposure to the waves. This is also very clearly our opinion!

I don’t like these words at all.
Why?
Because they describe the person as sick, sensitivity as a disease, when it is a consequence.
Because they imply that the problem is the person himself.

And, well, no, I don’t agree.
The problem is the waves.
When someone is radiated by nuclear energy, we don’t say that he becomes “sensitive”, we say that he has been radiated, and that he is sick, weak or immunodeficient as a result of his exposure, but not sensitive, although he certainly becomes sensitive to many things.
Sick from having taken too big a dose.

It’s the same with the waves.
We’re normal, we get sick from the waves, we become intolerant to the waves, because we’ve taken too big a dose.
Because the waves are everywhere, increasing, and constant.

Anyone can get sick, even those who make fun of us.
We’re just like everyone else. Sick like anyone else who has a weakening immune system. But not because the person is weak. Because they’ve been weakened.

There, I’m tired of reading “Electrosensitive” and the potential mocking reaction of those who don’t feel concerned.
When they probably experience the same symptoms from time to time without ever making the connection.

I’m intolerant to the waves because I understood what they were doing to me.
Because my body reacted, because it made me realize it.
I’ve reached saturation.
I can’t tolerate the waves anymore.
I’ve exceeded the dose.
I need to rest from the waves.
But I am not sensitive. I am strong.

And it’s a condition I intend to overcome, not a burden, not a handicap. All of you, be strong.”